We May Encounter Many Defeats, But We MUST NOT Be Defeated

Sometimes in life, we succeed while other times, we fall flat on our faces. Our lives are made up of daily challenges that require decisions on our parts. Sometimes the challenge is so profound that we think it is easier to not even show up…with the anticipation and expectation that the victory is impossible. Your ability to rise above the world that screams to you, “why try?” is a testament to your fortitude and courage.

The courage that you sometimes discount because you don’t see yourself as a victor. Theodore Roosevelt shared this thought in a talk he once gave in Paris. “It is not the critic who counts; not the man who points out how the strong man stumbles, or where the doer of deeds could have done them better. The credit belongs to the man who is actually in the arena, whose face is marred by dust and sweat and blood; who strives valiantly; who errs, who comes short again and again, because there is no effort without error and shortcoming; but who does actually strive to do the deeds; who knows great enthusiasms, the great devotions; who spends himself in a worthy cause; who at the best knows, in the end, the triumph of high achievement, and who at the worst, if he fails, at least fails while daring greatly, so that his place shall never be with those cold and timid souls who neither know victory nor defeat.”⠀

May we never see defeat at the hands of not trying, and may we always accept the small victories in life with humility, realizing that each time we dare greatly, our ability to accept whatever comes our way is magnified.

"There is simple beauty in a cairn and the connection it creates with people from the past and from all over the world. It let's us know that we are not alone."

Annette Anderson of Cairn The Load 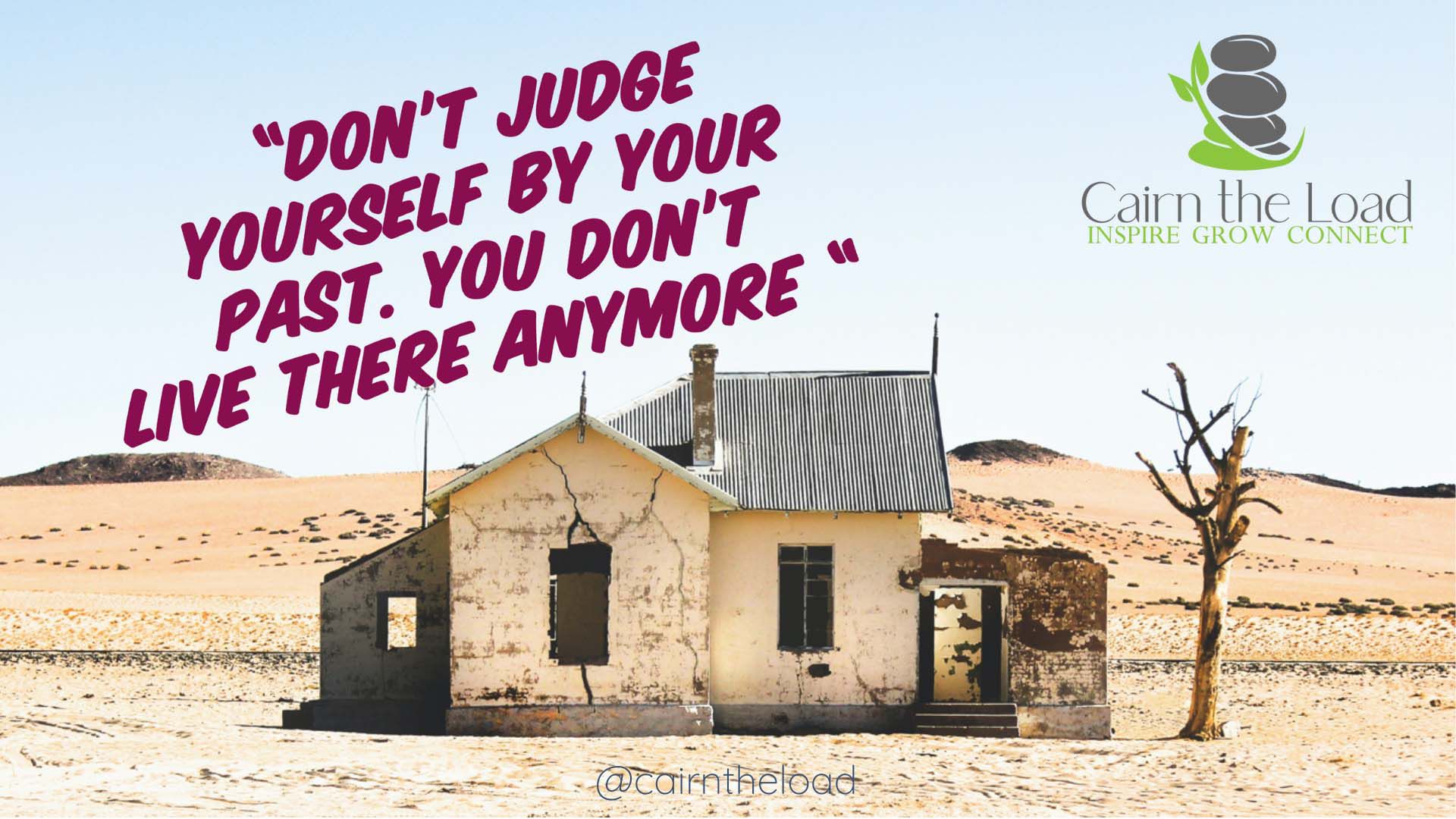 Don't judge yourself by your past, you don't live there anymore.

If you’ve ever found yourself feeling lost, alone, or like nobody understands why you feel the way that you do. We want to help. There are no perfect paths for healing and there is never a right or wrong answer when it comes to what we should be doing with our life. Yet in this journey of self-discovery, we have learned so much about ourselves and others around us as well as how people think differently than each other. Let Us Help You Find Your Promised Land

Join Us On The Path To Healing 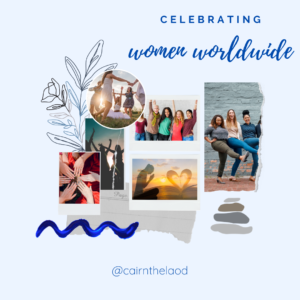 Celebrating The Women Who Blazed The Trail Before Me

Celebrating The Women Who Blazed The Trail Before Me Today, I want to thank the women in my life who have built “Cairns” as they have paved a path for many to follow.  These cairns became trail markers for me. Messages of encouragement that spoke to my heart. You’re not alone… Someone has been here before……
Read More 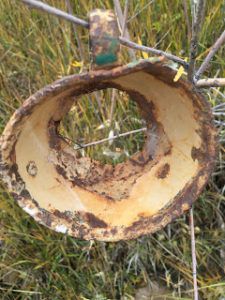 My Cup Runneth Over

My Cup Runneth Over Throughout my life, I loved hearing stories from my father about growing up during the depression years of the 1930’s. Both my father and his brother Rhody have been great influences in my life.  They grew up in the small Southeastern Utah town of Emery.  Many a hot summer day of…
Read More 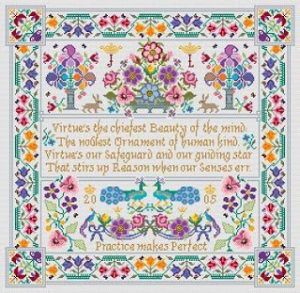 My Life as a Sampler

My Life as a Sampler I had an experience recently that gave me an opportunity to reflect and reconsider. My “assignment” was to bring three bottles of maple syrup to the Road Home, a homeless shelter in Midvale, Utah by 8:00 a.m. on a Saturday morning. The professional organization that I belong to serves the…
Read More

Have you ever felt alone or like you are the only person who has traveled this lonely road before? Cairns are a means of communicating that someone has been there before you, marked the path, and giving you reassurance – here’s the trail, you’re on the right path! In our lives, we can build our own cairns and contribute to others' cairns by placing a stone on top helping each other through life's journey. 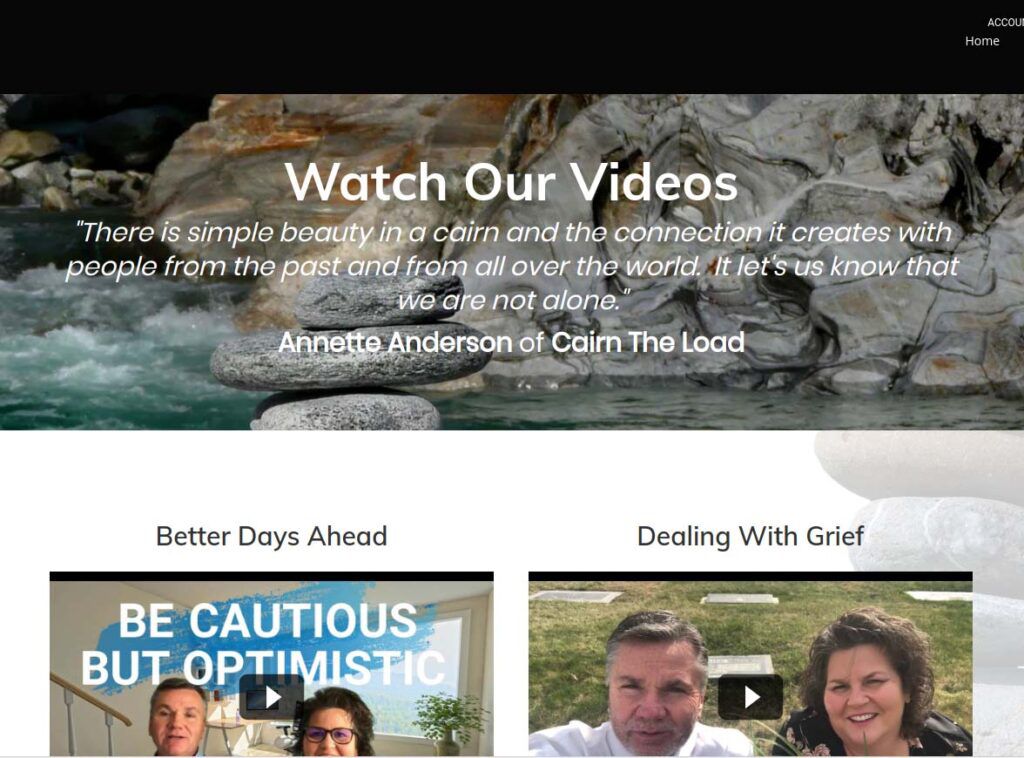 We invite you to join Mark and Annette as they discuss different aspects of their healing journey.

Cairn The Load Is A Community Of Hope

Join Us On The Path To Healing

Let Cairn the Load guide you on your journey to take back your life and once again own the very self you were always meant to be.

Start Putting The Broken Pieces Back Together Today!